Skip to navigation
45 Years of Experience Fighting for Justice. Fighting for You. SCHEDULE A FREE CONSULTATION

Can I Get Arrested for Getting in a Fight? 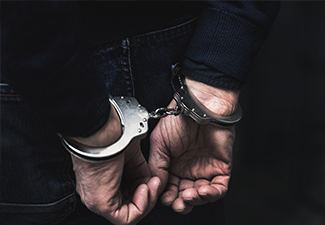 When an argument between two or more people gets too heated, emotions can run high and lead to a fight. If someone who witnesses the fight calls the police, you may get arrested for the altercation, even if you were not the one who started it. Depending on the circumstances of the fight, you could face disturbing the peace, assault, or battery charges in California.

If you or someone you care about got arrested for fighting, you need to reach out to legal counsel. At The Law Office of John Goalwin, our criminal defense attorney is committed to advocating for the rights of the accused in Los Angeles and throughout California. We help clients develop personalized defense strategies and guide them through every step of the legal process. We also represent clients in Van Nuys, Torrance, Compton, Norwalk, and the rest of the state.

What Are the Possible Charges
for Fighting in California?

If the police are called, you could get arrested and face criminal charges for fighting. There are three possible charges that may arise when an individual is arrested for engaging in a physical altercation in California:

Any criminal charges resulting from getting in a fight in California can have life-altering consequences, including penalties ranging from fines to possible imprisonment.

Possible Penalties After an Arrest for Fighting

Penalties for criminal charges stemming from an arrest for getting in a fight in California depend on several factors, including:

Depending on the fighting-related charge, you could be facing years behind bars, hefty fines, formal probation, and more. Having a conviction on your criminal record can have a life-altering impact.

There are many possible defenses to charges resulting from fighting. The prosecution must prove several elements to secure a conviction against the defendant, which is why there may be many opportunities for mounting a defense:

If you are facing charges for getting in a fight, speak with a knowledgeable criminal defense attorney who can analyze your situation and advise you on your defense options.

How Legal Counsel Can Help

A fight can be damaging from both a physical and legal perspective. But even if you get arrested for fighting, you may still be able to avoid criminal charges. Get legal counsel from a skilled criminal defense lawyer to help you build a successful defense and seek to dismiss or reduce the charges against you. Attorney John Goalwin represents residents of Los Angeles, Torrance, and the rest of California who face fighting-related charges. Set up a consultation today.

Mental Health and Criminal Defense Shoplifting Charges in California Are There Alternatives to Going to Jail? Understanding DUI Tests