Skip to navigation
45 Years of Experience Fighting for Justice. Fighting for You. SCHEDULE A FREE CONSULTATION 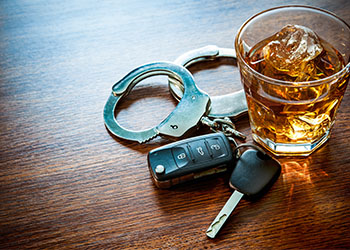 There are a number of myths surrounding driving under the influence (DUI) charges in California. Many of the myths are spread by people who have never been arrested for drunk driving and have no understanding of DUI laws. If you are facing DUI charges, it is important to know common myths and misconceptions about DUIs in order to avoid falling for them.

Our team at The Law Office of John Goalwin is committed to fighting for the rights of drivers facing DUI charges in Los Angeles, California, and other cities throughout the Golden State, including Van Nuys, Norwalk, Compton, and Torrance. Our goal is to make sure that our clients understand their rights and are aware of the potential outcomes in their DUI cases.

In California, motorists can face DUI charges for operating a motor vehicle with a blood alcohol concentration (BAC) of at least .08%. However, the BAC limit is lower for commercial drivers and minors. Drivers of commercial vehicles can be charged with DUI for operating a vehicle with a BAC level of .04% or greater, while drivers under 21 can face criminal charges if they get caught driving with a BAC level of over .01%.

In California, drivers can only face DUI charges if they were actually driving while impaired by alcohol or drugs. Other states, meanwhile, penalize being in actual physical control of the vehicle while under the influence of alcohol.

These are not the only myths about DUIs that may affect your ability to pursue a successful and effective defense strategy.

A DUI defense lawyer can help you assert your rights and debunk the myths that you may have heard about DUIs in Los Angeles, California, or other parts of the states. Our team at The Law Office of John Goalwin cares about providing excellent legal representation to clients in DUI cases and defending their rights and driving privileges. Set up a consultation with our DUI defense lawyer to get the personalized attention you deserve.

Mental Health and Criminal Defense Shoplifting Charges in California Are There Alternatives to Going to Jail? Understanding DUI Tests