45 Years of Experience
Fighting for Justice. Fighting for You.
SCHEDULE A FREE CONSULTATION

Yes, a DUI Is Worth Fighting 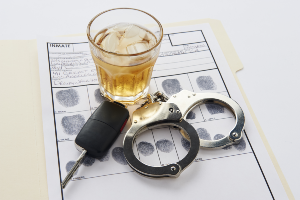 With the pandemic forcing the closure of bars and restaurants throughout Los Angeles County, the Los Angeles Sheriff’s Department processed 1,745 cases of drunken driving from the date of the closure order in March 2020 through March 2021. That figure was down 21.5 percent from the previous 12 months. However, most observers predict an upswing now that drinking and eating establishments are reopening, and people forced to drink at home are now out in public again.

If you’re been pulled over, tested, and charged with a DUI, especially if it’s the first time, you may shrug and say to yourself: “It’s not worth fighting. I’ll get the same penalties no matter what I do.”

Wrong. First, the consequences are not going to be pleasant. Life as you previously enjoyed it will suddenly be more restricted. Second, there are several legal challenges that you can exercise to get the charge reduced – possibly even dismissed – or your penalties lightened.

The Law Office of John Goalwin will take on your DUI case and help you exercise your rights as you seek the best possible outcome. We serve clients in Greater Los Angeles, including the cities of Torrance, Norwalk, Van Nuys, and Compton.

California relies on two driving under the influence (DUI) laws for adult drivers: Vehicle Code 23152(A) VC, making it illegal to drive under the influence of alcohol, and Vehicle Code 23152(b) VC, which makes it illegal to drive with a blood alcohol content (BAC) of .08 percent or higher. Most drivers arrested will be charged under both of these sections.

Penalties for a first-time DUI include up to six months in county jail, a fine of $390 to $1,000, and the institution of an ignition interlock device (IID) for six months (at your cost) on all your vehicles. If you do not accept the IID, your license will be suspended for four months, with a provision to get a restricted license after 30 days.

Penalties increase with each subsequent DUI. Most convictions are considered misdemeanors unless it’s a fourth offense or any offense that results in bodily injury. Those are classified as felonies.

Other Consequences of a DUI

Your conviction will appear on your criminal record, which can make it hard for you to obtain employment, apply for professional licensing, or obtain public assistance. These days, almost anyone can find your record online, so even if you’re on a dating site, the other person can search your record.

A DUI can also have serious consequences on your insurance premium. Some insurers may cancel your coverage outright, while others may jack up the rate exponentially. The rates you’re charged will stay high – even outrageous – for years to come. That alone is worth fighting for.

Also, consider the inconvenience. You’ll have to breathe into an IID repeatedly to drive anywhere, or with a restricted license, you can only go back and forth to work and medical appointments. Simply driving to a friend’s birthday party may not be allowed.

The most common defenses aim to prove you weren’t actually intoxicated, and/or your driving wasn’t impaired, and/or the arresting officer didn’t follow proper procedures.

Another possible defense is that you can look intoxicated but not be. Arresting officers often use indicators such as red, watery eyes, slurred speech, a flushed face, an unsteady gait, and the odor of alcohol on your breath to conclude you were intoxicated. However, other causes besides over-consumption can result in these “symptoms,” and the officer can be further questioned. Even the odor of alcohol can be exaggerated depending on what you consumed. One drink can change your breath.

Finally, but not exhaustively, a breathalyzer test can yield untrustworthy results if it has not been calibrated recently. In addition, the arresting officer must follow specified procedures in administering the test. They are required to observe you for 15 minutes to see if you put anything in your mouth that could skew the result, including mouthwashes, breath sprays, or medicines. They also must make sure that you don’t belch or regurgitate, as this can skew the results as well.

There is also a defense built on the concept of “rising blood alcohol,” which means that during the time you were being observed or taken to the station for a test, your BAC could have risen above what it was when you were driving. You can contend that your BAC while driving was below .08 percent but rose during your time of arrest.

Before you decide to “shrug away” a DUI charge, consider the consequences. Your life will be dramatically impacted during the short term when you must drive with an IID, and it will be affected negatively in the months and years to come with onerous insurance premiums and a criminal record that employers – and others -- can access.

Attorney John Goalwin can put up a powerful defense and challenge the police officer and prosecutors on many fronts, including those described above. If you’re facing a DUI charge, contact The Law Office of John Goalwin immediately. We proudly serve clients throughout the Greater Los Angeles Area, including Compton, Norwalk, Torrance, and Van Nuys.